I’m a Climate Scientist Who Believes in God. Hear Me Out.

Global warming will strike hardest against the very people we’re told to love: the poor and vulnerable.

This article was originally published in the New York Times.

And I’m Canadian, which is why it took me so long to realize the first two things were supposed to be entirely incompatible.

I grew up in a Christian family with a science-teacher dad who taught us that science is the study of God’s creation. If we truly believe that God created this amazing universe, bringing matter and energy to life out of a formless empty void of nothing, then how could studying his creation ever be in conflict with his written word?

I chose what to study precisely because of my faith, because climate change disproportionately affects the poor and vulnerable, those already most at risk today. To me, caring about and acting on climate was a way to live out my calling to love others as we’ve been loved ourselves by God.

I realized, distantly, that there were people on both “sides” who fundamentally believed and were even dedicated to promoting the idea that faith and science were in conflict. But it wasn’t until after I’d moved to the United States for graduate school that it dawned on me, to my disbelief, that divisions within the science-faith arena, originally focused on questions of human origins and the age of the universe, were expanding to include climate change. 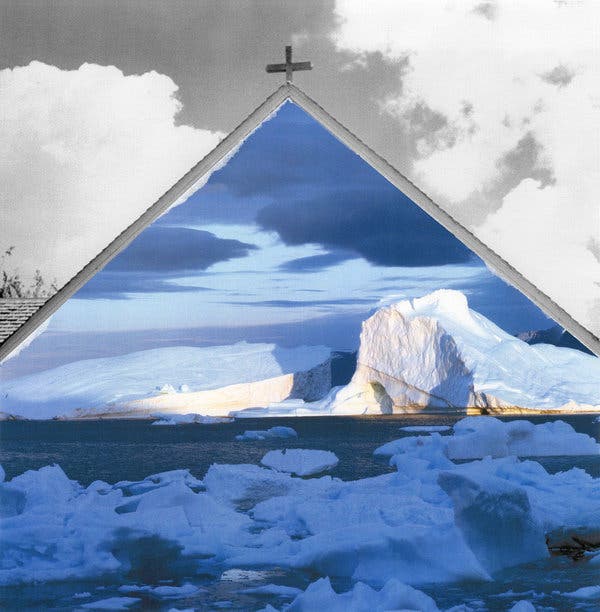 Now, this discrepancy is pointed out to me nearly every day: often by people with Bible verses in their social media profiles who accuse me of spreading Satan’s lies, or sometimes by others who share my concerns about climate change but wonder why I bother talking to “those people.” The attacks I receive come via email, Twitter, Facebook comments, phone calls and even handwritten letters.

I track them all, and I’ve noticed two common denominators in how most of the authors choose to identify themselves: first, as political conservatives, no matter what country they’re from; and second, in the United States, as conservative Christians, because the label “evangelical” has itself been co-opted as shorthand for a particular political ideology these days.

But I refuse to give it up, because I am a theological evangelical, one of those who can be simply defined as someone who takes the Bible seriously. This stands in stark contrast to today’s political evangelicals, whose statement of faith is written first by their politics and only a distant second by the Bible and who, if the two conflict, will prioritize their political ideology over theology.

I’m not a glutton for punishment and I don’t thrive on conflict. So why do I keep talking about climate change to people who are disengaged or doubtful? Because I believe that evangelicals who take the Bible seriously already care about climate change (although they might not realize it). Climate change will strike hard against the very people we’re told to care for and love, amplifying hunger and poverty, and increasing risks of resource scarcity that can exacerbate political instability, and even create or worsen refugee crises.

Then there’s pollution, biodiversity loss, habitat fragmentation, species extinction: climate change makes all those worse, too. In fact, if we truly believe we’ve been given responsibility for every living thing on this planet (including each other) as it says in Genesis 1, then it isn’t only a matter of caring about climate change: We should be at the front of the line demanding action.

But if caring about climate change is such a profoundly Christian value, then why do surveys in the United States consistently show white evangelicals and white Catholics at the bottom of those Americans concerned about the changing climate?

It turns out, it’s not where we go to church (or don’t) that determines our opinion on climate. It’s not even our religious affiliation. Hispanic Catholics are significantly more likely than other Catholics to say the earth is getting warmer, according to a 2015 survey, and they have the same pope. It’s because of the alliance between conservative theology and conservative politics that has been deliberately engineered and fostered over decades of increasingly divisive politics on issues of race, abortion and now climate change, to the point where the best predictor of whether we agree with the science is simply where we fall on the political spectrum.

An important and successful part of that framing has been to cast climate change as an alternate religion. This is sometimes subtle, as the church sign that reads, “On Judgment Day, you’ll meet Father God not Mother Earth.” Other times this point is made much more blatantly, like when Senator Ted Cruz of Texas told Glenn Beck in 2015 that “climate change is not a science, it’s a religion,” or when Senator Lindsey Graham of South Carolina said at a 2014 event hosted by the Council on Foreign Relations that “the problem is Al Gore’s turned this thing into a religion.”

Why is this framing so effective? Because some 72 percent of people in the United States already identify with a specific religious label, according to a recent survey by the Pew Research Center. And if you are a Christian, you know what to do when a false prophet comes along preaching a religion that worships the created rather than the Creator: Reject it!

So this framing plays right into the narrative that scientists are a godless bunch who have teamed up with liberals (and perhaps the Antichrist, according to some comments I’ve received) to rule the world and overthrow religion, an agenda that any right-minded believer will oppose until his or her dying breath. In fact, 51 percent of scientists said in a 2009 Pew survey that they believed in God or a universal spirit or higher power.

And that’s why my favorite question is the one I often hear from fellow Christians: “Do you believe in climate change?”

One of the first times I remember being asked this it was by a visitor to the evangelical church I attend here in Texas, who was surprised (and possibly a little horrified) to learn that the pastor’s wife was a climate scientist.

A puzzled silence ensued. Wary of calling out the pastor’s wife, the man haltingly asked, “But aren’t you … didn’t you just say you study climate science?”

“That’s right,” I said with an encouraging nod.

“So how can you not believe in it?!” he asked, perplexed.

And with that question, he opened the door to an incredibly constructive conversation about science, faith and truth. As I always do now when someone asks this, I explained that climate change is not a belief system. We know that the earth’s climate is changing thanks to observations, facts and data about God’s creation that we can see with our eyes and test with the sound minds that God has given us. And still more fundamentally, I went on to explain why it matters: because real people are being affected today; and we believe that God’s love has been poured in our hearts to share with our brothers and sisters here and around the world who are suffering.

After hundreds, even thousands, of such conversations, I’ve grown to understand how much of this opposition to the idea that the climate is changing, that humans are responsible, that the impacts are serious and that the time to act is now, comes from fear: fear of loss of our way of life, fear of being told that our habits are bad for society, fear of changes that will leave us worse off, fear of siding with those who have no respect for our values and beliefs.

But as a Christian, I believe the solution to this fear lies in the same faith that many non-Christians wrongly assume drives our rejection of the science. In the Apostle Paul’s letter to Timothy, he reminds us that we have not been given a spirit of fear. Fear is not from God. Instead, we’ve been given a spirit of power, to act rather than to remain paralyzed in anxiety, fear, or guilt; a spirit of love, to have compassion for others, particularly those less fortunate than us (the very people most affected by a changing climate); and a sound mind, to use the information we have to make good decisions.

And you know what? These are the very tools we need to address climate change.

Connecting our identity to action is key, and that’s exactly why I don’t typically begin with science when starting conversations about climate change with those who disagree. Rather, I begin by talking about what we share most. For some, this could be the well-being of our community; for others, our children; and for fellow Christians, it’s often our faith.

By beginning with what we share and then connecting the dots between that value and a changing climate, it becomes clear how caring about this planet and every living thing on it is not somehow antithetical to who we are as Christians, but rather central to it. Being concerned about climate change is a genuine expression of our faith, bringing our attitudes and actions more closely into line with who we already are and what we most want to be.

And that’s why I’m more convinced now than ever that the two most central parts of my identity — that of climate scientist and evangelical Christian — aren’t incompatible. They are what’s made me who I am.

"And God blessed them. And God said to them, 'Be fruitful and multiply and fill the earth and subdue it and have dominion over the fish of the sea and over the birds of the heavens and over every living thing that moves on the earth.'" - Genesis 1:28

"The Lord God took the man and put him in the garden of Eden to work it and keep it." - Genesis 2:15

"And I brought you into a plentiful land to enjoy its fruits and its good things. But when you came in, you defiled my land and made my heritage an abomination." - Jeremiah 2:17

"The earth is the Lord's and the fullness thereof, the world and those who dwell therein." - Psalm 24:1

"You shall not pollute the land in which you live, for blood pollutes the land, and no atonement can be made for the land for the blood that is shed in it, except by the blood of the one who shed it. You shall not defile the land in which you live, in the midst of which I dwell, for I the Lord dwell in the midst of the people of Israel." - Numbers 35: 33 - 34

"Consider the lilies, how they grow: they neither toil nor spin, yet I tell you, even Solomon in all his glory was not arrayed like one of these. But if God so clothes the grass, which is alive in the field today, and tomorrow is thrown into the oven, how much more will he clothe you, O you of little faith! And do not seek what you are to eat and what you are to drink, nor be worried. For all the nations of the world seek after these things, and your Father knows that you need them." - Luke 12: 27 - 30